Welcome to this page

My name is SZIGETI László. I have been working with German  Shepherd dogs since 1977. The first Viernheimi puppy was born in 1983, that`s when my kennel was founded. I have been a judge and a körung-judge since 1992. Several successful  dogs were born in my Kennel, and I would like to mention here the most successful ones; Viernheimi Ottis, who  won first place in working class at the Europe Dog Show in 1996; Viernheimi Delon, who was excellent (V-1) in the open class at the World Dog Show in 1996; and Veirnheimi Vanda , who was excellent (V-15)in working class at the German World  Sieger Show in 1999. So far , eight of my dogs won the title of “selected excellent”, they are: Brend . Ottis, Zóra ,Delon, Vanda , Eiko, Hetti, and Nick. 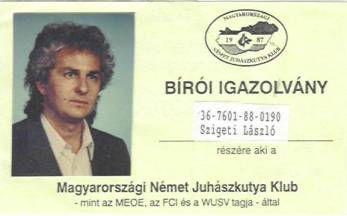 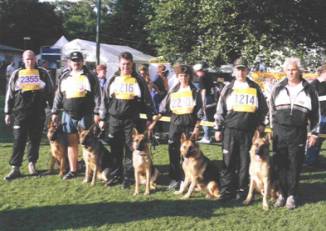